In celebration of the 30th Anniversary of diplomatic ties between Bhutan and Japan, Queen Mother Tshering Yangdon Wangchuck of Bhutan and Princess Dechen Yangzom Wangchuck paid a visit to Crown Prince Naruhito in Tokyo today before visiting an exhibition being held with the theme being about happiness in Bhutan. 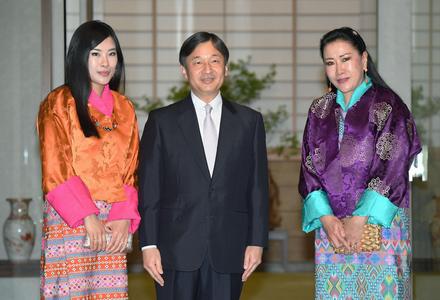 Diplomatic relations between the two countries were established on 28th March 1986 and a year later, Crown Prince Naruhito paid a visit to Bhutan.  According to the Ministry of Foreign Affairs of Japan, a number of events are planned in both countries in order that “friendly relationship will be further strengthened” and that “mutual exchanges in various levels and fields will be further deepened”. 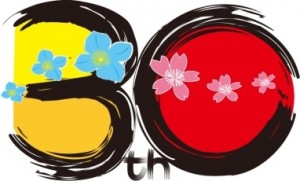 Anniversary logo by Ichiro Sugiyama depicting the national flower of each country.