Events continued yesterday in connection with the 150th Anniversary of the establishment of the Royal House of Romania.

Although Romania is a republic, the royal family continue to have a public role in Romanian society.  This “semi-official” status certainly allows avid royal watchers a chance to see less well known royal families carrying out engagements, visiting interesting places and attending official events in the same way they do in monarchies! 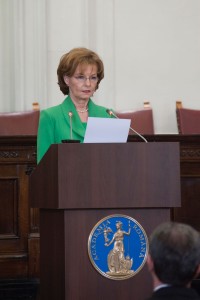 So, on 9th May, HRH Margareta, Custodian of the Crown of Romania visited the Romania Academy where, in the Great Hall, a solemn session was held.  The event was entitled ”Prince Carol – 150 years Since the Enthronement of Romania”.

Also in attendance were Prince Radu, Princess Elena, her husband Alexander Nixon and Princess Sofia who were joined by Archduchess Maria Magdalena of Austria, a granddaughter of King Ferdinand I.  Other eminent guests included the former Romanian President, Emil Constatinescu, state officials and a variety of delegates from the cultural and scientific arena. 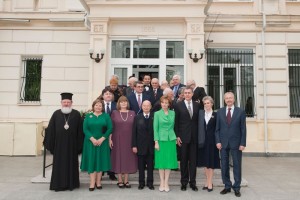 The focus though was on Crown Princess Margareta, who made a speech on behalf of the royal family during which she said:

“Modern Romania is a historic achievement and belongs to us all. It was made possible by the sacrifice of millions of Romanians from past generations who gave their lives to win and strengthen national independence” 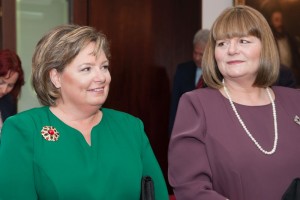