King Juan Carlos is shown with his wife, Queen Sofia, and two of his children, King Felipe VI and Infanta Elena; daughter-in-law Queen Letizia; and four of his eight grandchildren: Infantas Leonor and Sofía, and Felipe and Victoria de Marichalar y Borbón.

Among the other guests who attended the lunch – which had poached egg with caviar sabayon, turbot with vegetable ratatouille, and sirloin brochette served with rice on the menu – were the King’s sisters, Infantas Pilar and Margarita with their families; relations from the Bourbon-Two Sicilies family, and Princess Irene of Greece and Denmark, Queen Sofia’s sister. Infanta Cristina and her family did not attend the celebration. 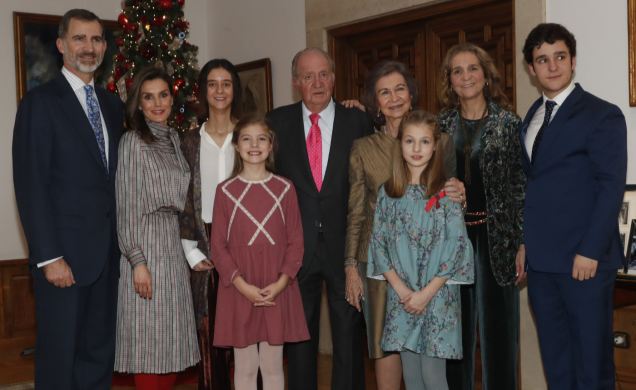