King Michael of Romania – An Obituary 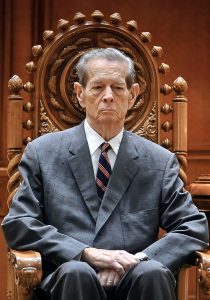 King Michael of Romania, who died today at the age of 96, was born on 25 October 1921 at Foișor Hunting Lodge, part of the Peleș Castle estate.

He was the son of King Carol II (then Crown Prince) and Princes Elena of Greece and the grandson of Ferdinand I.

When Michael’s father renounced his rights to the throne in order to pursue a life with Elena Lupescu, Michael became heir apparent.

A few years later at the age of only five years, he became king upon the death of his grandfather, whereupon a regency was instituted comprising Michael’s uncle Prince Nicholas, the President of Romania’s Supreme Court and Patriarch Miron Cristea.

The regency became unpopular with the government of the time and as a consequence, Carol II was invited back to Romania to take throne once again and Michael reverted back to being Crown Prince. However, at the start of the Second World War, Romania aligned itself with Germany and against Russia. The pro-German government successfully engaged in a coup d’etat against Carol II, suspended the constitution and re-installed the then 18 year Michael as king. 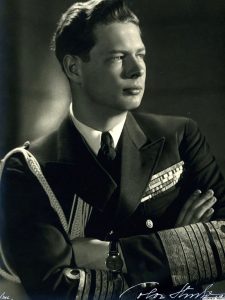 King Michael’s simple coronation was held on 6th September 1940 at the Patriarchal Cathedral of Bucharest during which he wore the Steel Crown and was anointed.

During the war, Romania was under the dictatorial and pro-German control of Prime Minister Marshal Ion Antonescu.   With the Allied-forces gaining the upper hand it seemed likely that Romania would be invaded by Russia. This gave King Michael the chance to stage a coup d’etat himself against the government and in a radio address to the nation he declared loyalty to the Allied forces – including Russia who quickly and successfully took over the running of Romania under a regime of communism, rendering King Michael simply a figurehead.

Michael’s opposition to the new Soviet system lead him to refuse to sign governmental decrees in protest and eventually lead to his position as king being untenable.

During a visit to England in November 1947 to attend the wedding of Princess Elizabeth (and where he met his future wife, Princess Anne of Bourbon-Parma), King Michael was advised to seek asylum in England, which he refused.

Just one month later having returned to Romania, King Michael was forced under gun-point to abdicate, following which the monarchy was abolished with the king being forced  into exile. 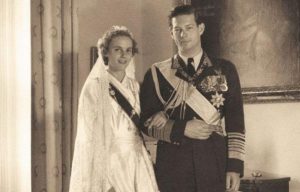 On 10th June 1948 in Athens, King Michael married Princess Anne of Bourbon-Parma.  The couple moved initially to Florence, Italy and then to Lausanne in Switzerland before settling for several years in Hampshire, England.  In 1056, they and their growing family  returned to Switzerland where, for the next 43 years they lived a simple life with their five daughters, Margarita, Elena, Irena, Sophie and Maria.

The fall of communism in Romania saw the return of the royal family to their homeland and the return to them of their citizenship as well as properties taken when King Michael was exiled. The king’s popularity was evident during this time when he gave a speech from the balcony of his hotel room in Bucharest to a crowd of over a million people. 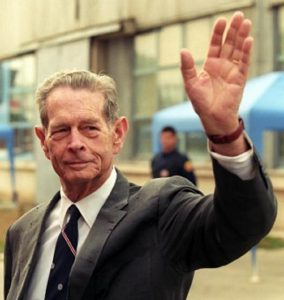 Yet such popularity did not induce King Michael to encourage or even try to force a return of monarchy in the country – he maintained a neutral stance on the matter. What he did do however – and for the rest of his life – was to promote the Royal Family as a positive element in Romanian life.  Charitable organisations were created under the patronage of the King and other members of his family for the benefit of the people and eventually the King undertook a semi-diplomatic role in Hungarian life, addressing parliament for his 90th Birthday and meeting with members of the government from time to time to discuss issues relating to Romania’s future.  It was this role that helped lead Romana to becoming a member of Nato.

In March 2016, the Royal Council announced that King Michael would retire from public life on account of his frail health following a diagnosis of chronic leukaemia. The King’s eldest daughter, Crown Princess Margarita, became Custodian of the Crown and continued his duties on his behalf. 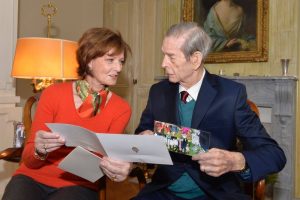 By August 2017, the King’s health was described as fragile but stable. During recent weeks, four of his daughters spent many days at his side as his health declined further.

King Michael’s death is a poignant and significant moment in the history of Romania and its Royal Family. As a king in exile for much of his life, he had no throne nor a people to reign over. Yet his principals in not being swayed or manoeuvred by political regimes for personal gain and his unwavering love for Romania and it’s people made him a true king in every sense of the word.

Filed under Romania
Tagged Mihai I of Romania.

10 Responses to King Michael of Romania – An Obituary