The correspondence of Queen Wilhelmina of The Netherlands and her English governess Elizabeth Saxton-Winter (1855-1935) has been collected in a new book: ‘Darling Queen-Dear Old Bones’. A Dutch edition was published in 2012 but today at Het Loo Palace, the English edition of the book will be handed to the mayor of Apeldoorn.

The letters have been edited by Ermentia (Renny) van Heuven-van Nes. She worked at Het Loo Palace National Museum for more than thirty years, where she was curator of prints, drawings and photographs, and head of the educational department.  The book contains 250 letters, 32 of which were written by Queen regent Emma.

Miss Saxton Winter was hired as a governess in 1886 and stayed at the Dutch court until 1896, when Wilhelmina’s education was considered ‘finished’. Wilhelmina started to call her governess  ‘Dear Old Bones’ when she was ten. Wilhelmina’s early letters were filled with mistakes. She would write down the English words phonetically: service became ‘surwis’, chapel became ‘tcheppel’ and people was written as ‘pipel’.

The earliest letters are those of a child, sent to Miss Winter when she was on holiday in England, but after 1896 she continued to write to Winter weekly. Her long letters cover a wide range of subjects: including her perspective on people and events, encounters with famous individuals, kings and emperors, but also sad times and loneliness, her belief in the Almighty, and above all, her development to her role as queen – her inauguration was in 1898 – and the high seriousness with which she regarded her duties. The resulting volume offers unprecedented insight into her life as child of her mother queen-regent Emma, as queen, as wife of prince Hendrik and as mother of princess Juliana.

The book can be ordered online at The Hague’s Van Hoogstraten booksellers: http://www.hoogstraten.nl/theshop/product_info.php?products_id=950 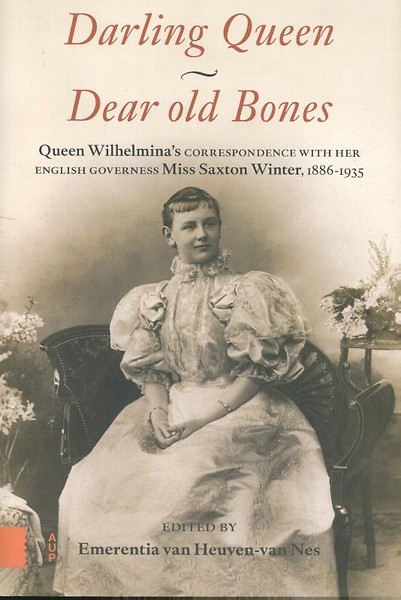