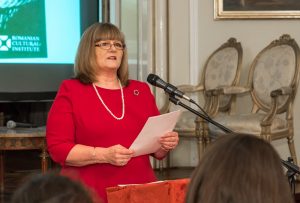 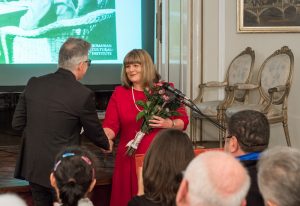 The following day, the Princess, who was accompanied by her husband Mr. Alexander Nixon, was guest of honour at the Romanian Cultural Institute in London to hear talks about the life of King Michael by the Romanian film-maker John Fluoresce, together with  Reverend Professor Peter Galloway and Professor of Architecture Augustin Ioan .

The evening started off with an exhibition set up with the help of the National Archives of Romania showing rarely seen photographs of the King’s life.  Later, Princess Elena and the guests watched a showing of the film “King’s War” produced by John Florescu about King Michael’s attempts to save Romania from Russian invasion during the Second World War. 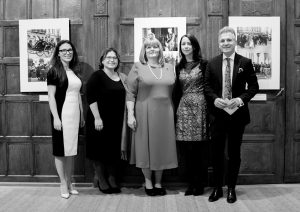 Princess Elena is the second daughter of King Michael and the late Queen Anne.  Her interests include the education of children with disabilities, art restoration and the promotion of cultural and economic interests of Romania.

Click on photos for more images of this event.

Filed under Romania
Tagged Mihai I of Romania, Princess Elena of Romania.