The Grandchildren Who Died Before Their Grandmama Victoria

Britain’s Queen Victoria was a grandmother of 42, with a number of them going on to sit on the thrones of Europe. However, of those 42, there were nine that were outlived by the 81-year-old monarch.

Today is the 150th anniversary of the death of the first of those grandchildren to die, Prince Sigismund of Prussia. As a mark of this anniversary, we’ve compiled a list and short biography of the nine grandchildren whose early demises Queen Victoria witnessed. 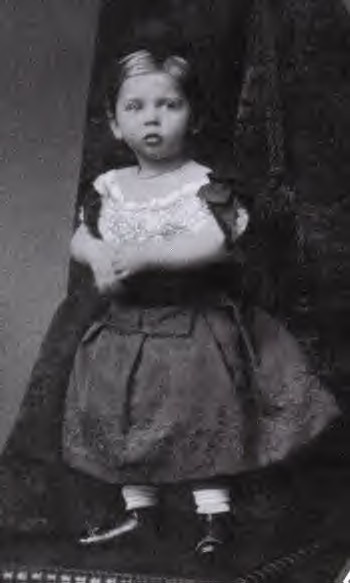 Prince Sigismund of Prussia: Born in September 1864, Prince Sigismund – ‘Sigi’ – was the fourth child of Vicky, Princess Royal and Crown Prince Friedrich of Prussia. He died at the age of 21 months after contracting meningitis. His death came 115 years before the death of the Queen’s last grandchild to die, Princess Alice, Countess of Athlone.

Prince Alexander John of Wales: The youngest child of Edward VII of the United Kingdom and Alexandra of Denmark, Alexander John was born prematurely in April 1871 and died less than a day after he entered the world.

Prince Friedrich of Hesse and by Rhine (grandson of Queen Victoria) died on this day back in 1873 aged 2 from a fall pic.twitter.com/vDtwOr01DK

Prince Friedrich of Hesse and by Rhine: ‘Frittie’ was the fifth child of Princess Alice and Louis IV, Grand Duke of Hesse and by Rhine. He was born at the New Palace in Darmstadt where his family lived, and had inherited haemophilia from his mother. Whilst playing with his brother Ernst in his mother’s bedroom, Frittie fell twenty feet out of an open window. His death was the result of a brain haemorrhage that was exacerbated by his haemophilia.

#history #OnThisDay May 24th. 1874 – Princess Marie of Hesse and by Rhine @ https://t.co/PVvZ68OZFZ pic.twitter.com/pQZ3yUdodJ

Princess Marie of Hesse and by Rhine: The only granddaughter to die before the Queen, Marie was born in May 1874, just under a year after her older, deceased brother Friedrich. She was dotted upon by her mother Alice and her older sister Alix. In November 1878, diphtheria struck the Hesses, with all of the children bar Princess Elisabeth becoming ill (as did Grand Duke Louis). Grand Duchess Alice nursed them all, but little May was unable to overcome the disease and died on November 16. Her death was hidden from the other children lest it impact their own recoveries, but were finally told in early December – Alice gave son Ernst a kiss to lessen the blow, doing so is believed to have infected her with the same illness, to which she too succumbed on December 14. Mother and daughter were entombed side-by-side.

Prince Waldemar of Prussia (grandson of Queen Victoria) was born on this day back in 1868. He died aged just 11. pic.twitter.com/uPWQpxjxh1

Prince Waldemar of Prussia: Diphtheria made its way to the Prussian court in March 1879, claiming the life of Vicky, Princess Royal and Crown Prince Friedrich of Prussia’s youngest son Waldemar at the age of 11. He was born in 1868 and was known by the last of his given names. The Prince was highly favoured by his parents, who thought him to be very clever.

Prince Albert Victor, Duke of Clarence and Avondale: The early death at the age of 24 of Prince Albert Victor – known as Eddy – altered the British Royal Family, for he, as the eldest son of Edward VII (then Prince of Wales), was second in line to the throne. Albert Victor died in January 1892 after contracting influenza and developing pneumonia, six weeks before he was set to marry Princess Mary of Teck. Following his death, the Prince’s younger brother George become heir and would eventually take the throne (and marry Mary). 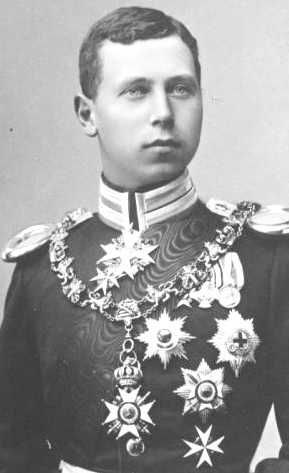 There were also two stillborn grandsons, one born to Princess Helena and Prince Christian of Schleswig-Holstein in 1877 and one to Prince Alfred, Duke of Edinburgh and Marie Alexandrovna of Russia in 1879.

4 Responses to The Grandchildren Who Died Before Their Grandmama Victoria