Happy and Relaxed at a Conservation Event!

Their Imperial Highnesses Crown Prince Naruhito and Crown Princess Masako have today visited the city of Kashiwa, Chiba Prefecture, north-east of Tokyo to attend a conservation event.  During the visit, Crown Prince Naruhito made a speech in which he spoke of the importance of involving a large range of people in the conservation of greenery and water resources. Later, Their Imperial Highnesses planted a tree in a ceremony held at the park of Kashiwa City. 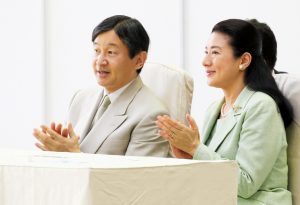 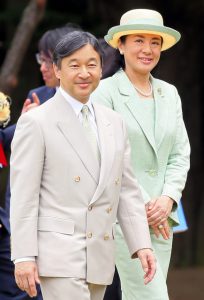 The Crown Princess looked elegant in a mint-green, woven suit with matching hat and it is the first event outside Tokyo that she has attended since last October.   With other events planned for Her Imperial Highness to attend in the future, it points to a steady and positive recovery from the stress related illness that she has endured over the last few years.

For more news, information, discussion and photos of the Crown Prince and Crown Princess, click here!

One Response to Happy and Relaxed at a Conservation Event!