From Sweden To Bhutan – Day Two of the State Visit

His Majesty King Jigme Khesar Namgyel Wangchuck of Bhutan has given a rare media interview when he spoke to Swedish newspaper, Expressen, about his thoughts on the State Visit of King Carl Gustaf and Queen Silvia to his country. According to an article  published by Expressen, the King said that he was “incredibly honoured” by the visit and that he thought the Swedish King and Queen are “two very fine people that I am glad that they are here”. The King told how good it was to have them in Bhutan as his guests and added : “It is with pride that I welcomed them”.

View the full image at Kungahuset

The King and Queen of Sweden themselves have spent a busy first full day on their State Visit, starting off with an audience with the Fourth Druk Gyalpo, King Jigme Singye Wangchuck.

Afterwards, Their Majesties attended the opening of the The Bhutan Sweden Cooperation Forum which was attended also by the Prime Minister (Lyonchhen) of Bhutan, Tshering Tobgay. Proceedings started off with a traditional Marchang ceremony – a special ritual generally carried out for the inauguration of new structures, archery tournaments and institutional functions etc.  Afterwards, Their Majesties were shown a selection of Bhutanese products and a demonstration of Swedish wood-cutting techniques, something the people of Bhutan will be very interested in since much wood is used in the construction of houses etc in there. 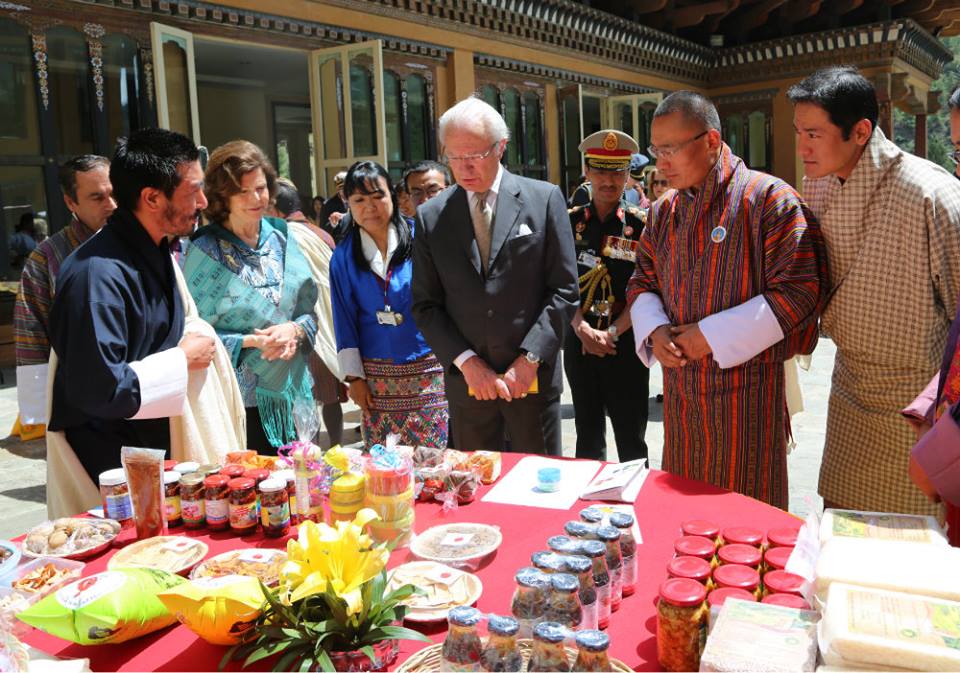 Later on, King Carl XVI Gustaf and Queen Silvia visited the Royal Textile Academy of Bhutan where they saw a selection of woven garments in the gallery, visited the conservation centre and also the weaving school. Bright colours and striking patterns are used in Bhutanese clothing and Queen Silvia clearly took inspiration by wearing a stunning royal-blue suit and trousers with harlequin-style detailing.

For more news, information and photos of this State Visit please click here! 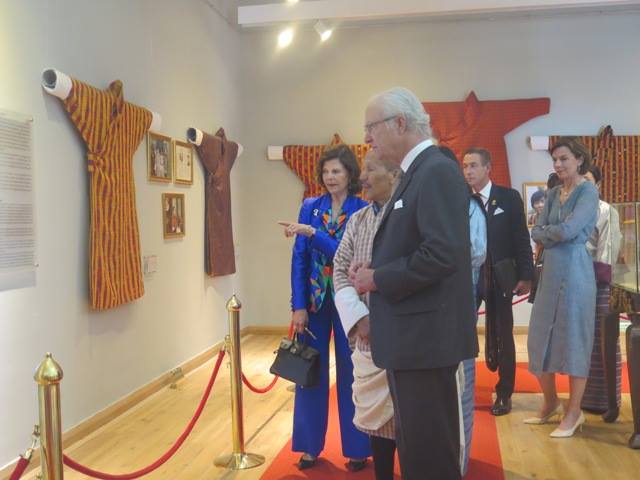