Their Majesties King Carl XVI Gustaf and Queen Silvia of Sweden have arrived at Paro Airport in Bhutan on their first State Visit to the country at the invitation of King Jigme Khesar Namgyel Wangchuck. They were greeted by Her Royal Highness Princess Kezang Choden Wangchuck and Her Royal Highness Princess Dechen Yangzom Wangchuck, both sisters of the Bhutanese King, as well as other officials. Queen Silvia looked elegant and comfortable in an outfit comprising navy trousers, a white blouse and beige jacket. 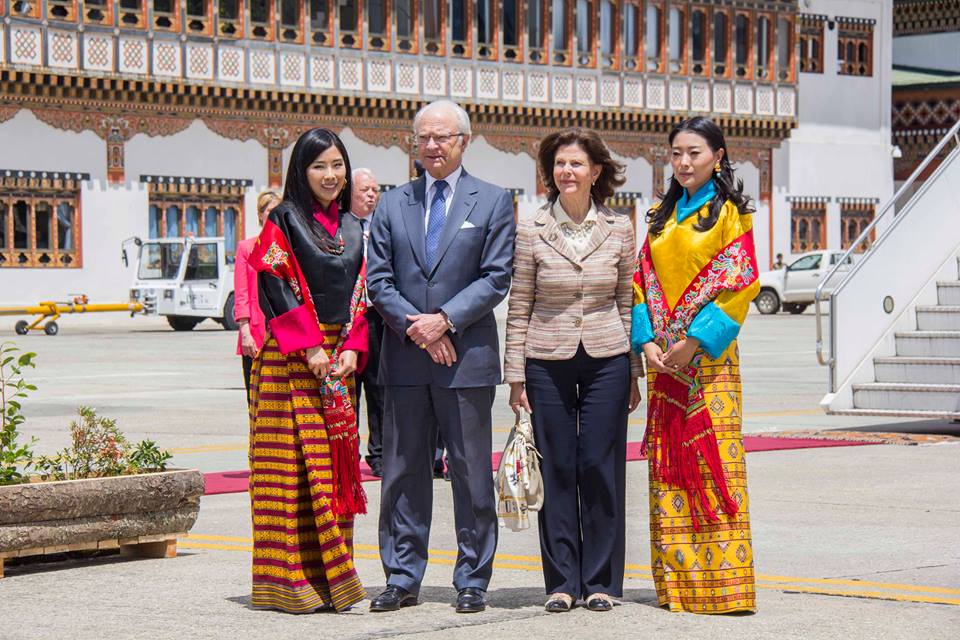 Later on, Their Majesties were received by King Jigme Khesar Namgyel Wangchuck and Queen Jetsun Pema at the Tashichhodzong – the royal and governmental palace in Thimpu – amidst much traditional and ceremony. Queen Silvia had by now changed into a beautiful green jacket and long skirt, whilst Queen Jetsun Pema wore a traditional outfit in a gorgeous shade of rose and a red scarf. With the King of Bhutan wearing his bright yellow scarf (a sign of his authority in Bhutan) and the King of Sweden’s sporting a bright red tie, not to mention the colour and splendour of Bhutanese ceremony, it was a colourful start to this special visit. 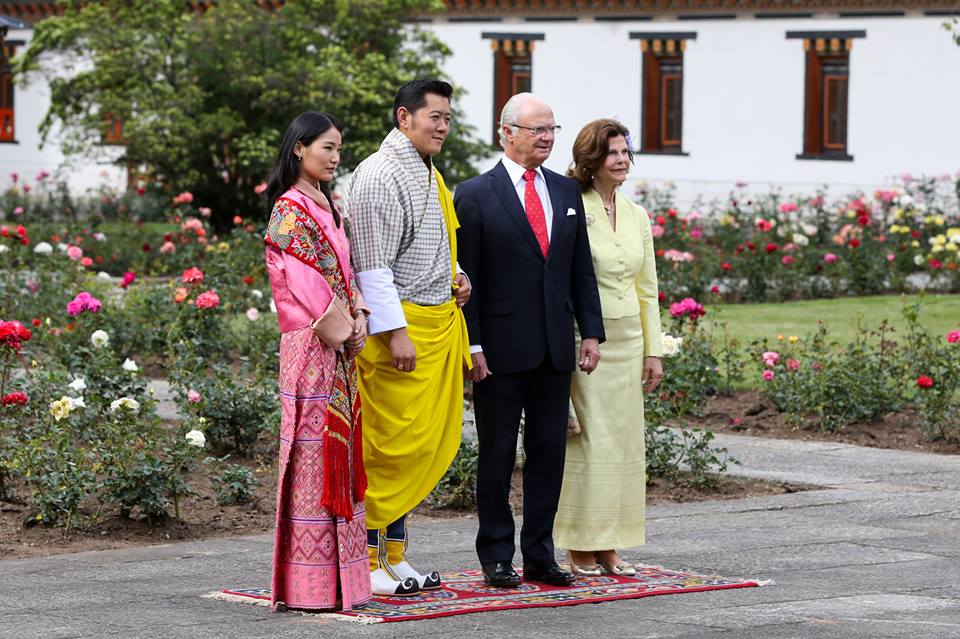 This evening, a private dinner will be hosted by the King and Queen of Bhutan.

For more news, discussion and photos of this event, please click here.