On This Day: Death of Sweden’s Catholic Queen Josefina

140 years ago, Queen Josefina of Sweden passed away at the age of 69. She is most well-known for her deeply held Catholic faith, as well as for the magnificent jewels that she brought to the Bernadotte family.

After marrying Crown Prince Oscar of Sweden in 1823, Josefina – who was born in March 1807 to the first Duke of Leuchtenberg and his wife Princess Augusta of Bavaria – made a triumphant entry into her new country by the side of her mother-in-law, Queen Desirée. She was immediately popular with her father-in-law and the public, and took to her new role with ease. Her charitable focus throughout her fifty-plus years in Sweden was women and the poor. 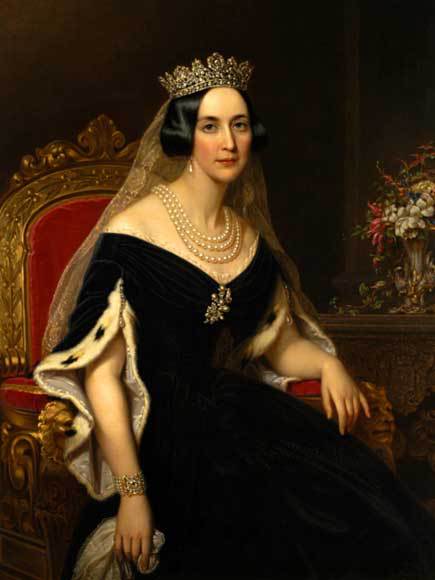 Five children were born to Josefina and Oscar, including two Kings: Carl XV, Prince Gustaf, Oscar II, Princess Eugenie and Prince August. Her religion, which she was allowed to keep after marriage through a special law because she was a ‘foreigner’ and was different from her children’s Lutheranism, was a cause of tension between the Josefina and her eldest son, particularly after she separated him from his lover, one of her maids. Carl blamed his mother’s Catholic advisor, which only strengthened his anti-Catholic feelings that strengthened when he took the throne in 1859 (and was able to remove any political power Queen Josefina had).

Queen Josefina had used her position to influence religious laws within Sweden and Norway, which were both Lutheran and staunchly against their citizens being of any other religion, having small concessions made before full religious freedom was given in 1860. She was the driving force in reestablishing the first Catholic Church in Scandinavia, the Sankta Eugenia Church in Stockholm, after she found it to be lacking. The way she used her influence to benefit the Catholic Church was not appreciated by the Swedish press and gave a slight dint to her popularity. 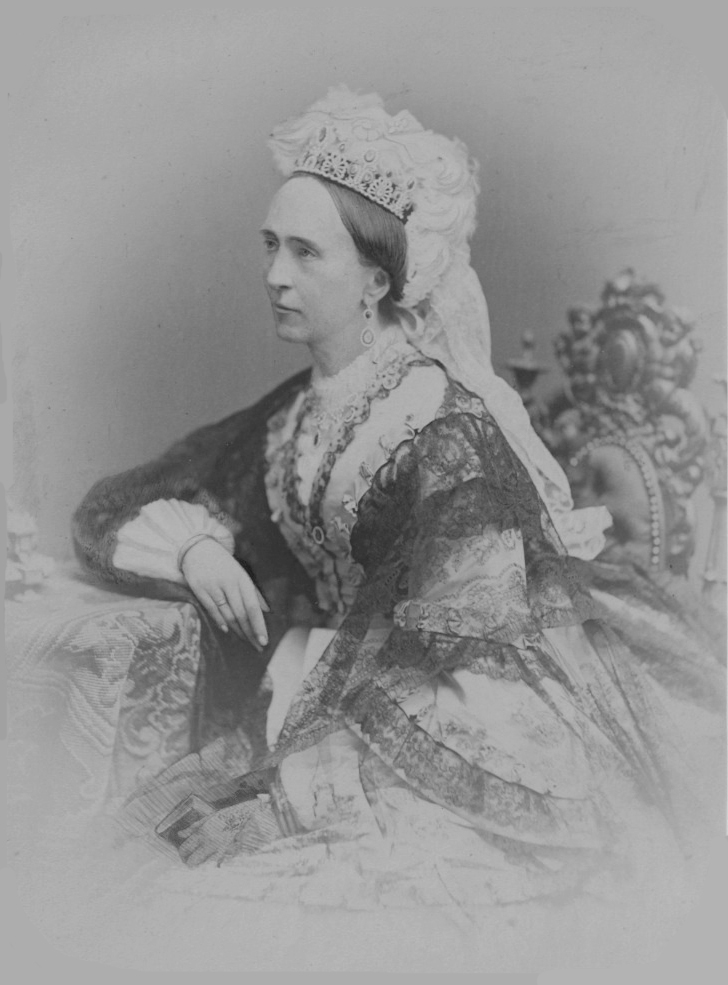 Josefina died in Stockholm and was buried at the Ridderholm Church next to her late husband after a Catholic funeral service.

The Queen’s legacy is seen in her descendants that are currently found in the reigning houses of Sweden, Denmark, Norway, Belgium and Luxembourg. In Sweden and Norway, her legacy can also been seen atop the heads of its royal ladies: the Leuchtenberg Sapphire Parure, the Cameo Tiara, the Braganza Tiara, the Napoleonic Amethyst Tiara and the Steel Cut Tiara all are inheritances of Josefina’s in Sweden; while in Norway, Queen Josefina’s Diamond Tiara and the Norwegian Emerald Parure come from Josefina.

One Response to On This Day: Death of Sweden’s Catholic Queen Josefina