Her Royal Highness Princess Maria of Romania looked as elegant as ever in an ivory and black polka-dot blouse and red skirt as she launched a new book last night at the Humanitas Bookfest 2016 – an annual event which highlights the best new books of the year in Romania.

The book, entitled “Land That I Love – Memories In Exile” was written by Queen Maria of Romania and published by Humanitas, which is as independent Romanian publishing house and who have previously published books written by Queen Anne as well as other Romanian authors covering a variety of subjects from philosophy and religion to biographies and the sciences. 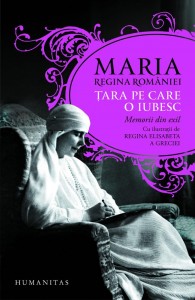