The Royal Family of Romania website has posted a special article about Săvârșin Castle to mark the 15th Anniversary of when King Mihai I, Queen Ana and other members of the Royal Family were able to return to the Royal Domain of Săvârşin Castle and its estates. 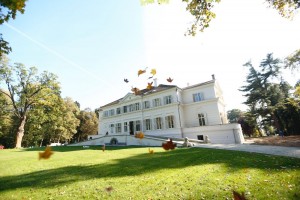 The article recalls all the events that have happened there over the years including Christmas and Easter celebrations, birthday gatherings and family visits. It also recalls some of the visitors and guests who have stayed at the Caste including King Simeon II and Queen Margarita of the Bulgarians, Princess Astrid and Prince Lorenz of Belgium, Princess Muna of Jordan, Archduchess Maria Magdalena of Austria (the daughter of Princess Ileana) as well as the many political figures and diplomats from Romania and beyond. 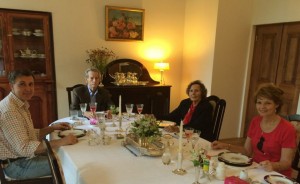 Since 2007, a major restoration project has been taking place to bring the Castle back to it’s former glory, not only as a family retreat but as one of the many architectural assets found in Romania.

The restoration project has now turned towards the upkeep, maintenance and improvement of the Estate Park surrounding the Castle. This will include the restoration and renovation of various buildings and farm houses on the estate with the plan to open the park to visitors next year.