The British Monarchy In Canada

Disclaimer: I would initial like to state that I spent one week in Toronto, Ontario and surveyed a minuscule part of the population. I know others will see differently to this and I respect their opinion wholeheartedly.

You know who Toronto, Ontario are talking about? The Earl and Countess of Wessex. Since 2002 the couple have visited Ontario 12 times! Since 2011, they’ve visited the province every single year, in 2011 and 2015 they visited twice. Whilst I was in Toronto it was announced they would be visiting the area in June 2016. An article done on the couple in 2012 quotes the following:

“Edward is no fly-by-night guest. This was his 33rd time here — his mother’s official visit tally over her 60 years on the throne only numbers 22. And while they were here, Edward and Sophie, visiting for her ninth time, were hardly sitting around: they participated in 50 events in Ontario and Nunavut.” 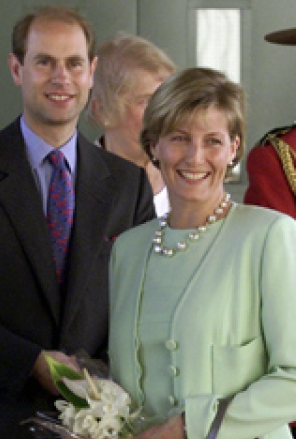 The ties to Canada go deep, Sophie is patron of Toronto General & Western Hospital, she’s colonel-in-chief of The Lincoln and Welland Regiment and The South Alberta Light Horse, based in Edmonton, Alberta.

Edward on the other hand has eight patronages/charities connected to Canada and of course has taken on his namesake Prince Edward Island named for The Duke of Kent and Strathearn, father to Queen Victoria and “Father of the Canadian Crown”.

Wanting to get a feel of public opinion, I started by asking a couple of people in the restaurants we went to: “If I say British Royal Family to you, what do you think?”

The answer was instant Edward and Sophie – they’d talk about going to see them, knowing people who had met them and one woman even said she’d shut her little tea house if they were close enough for her to see them. Whilst The Queen, Charles, Camilla and The Duke and Duchess of Cambridge were mentioned, I felt they were more out of recognition than real feeling. What is extremely evident is that the DOE International Award means a lot to the children in high school and beyond. Several of the restaurant owners, shop assistants and others saw the award as something to be incredibly proud of. It wasn’t a requirement, it wasn’t an extra curricular activity that was forced upon them, they truly enjoyed it.

The monarchy lives in Canada, and I do not mean that in an offensive way at all. I was incredibly proud of Sophie and Edward when I walked and talked to people who had been impacted by them. Both of them are showing us what it’s like to lead the way.

Filed under The United Kingdom
Tagged Canada, Public Opinion, The Countess of Wessex, The Earl of Wessex.

3 Responses to The British Monarchy In Canada