Funeral and Burial of Prince Alexander of Yugoslavia 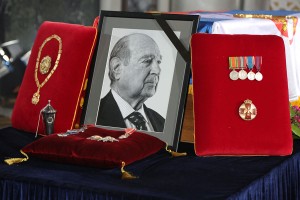 All photos from the Royal Family of Serbia website

The funeral service and burial of HRH Prince Alexander Karadjordjevic of Yugoslavia, the eldest son of Prince Paul and Princess Olga of Yugoslavia, took  place yesterday, 20th May, at the Royal Mausoleum in Serbia and was attended by a large number of relatives, friends and dignitaries amid solemn ceremony.

Bishop Jovan of Sumadija and Bishop Irinej of Australia and New Zealand conducted the funeral service inside the ornately decorated church, set amongst the trees and woodland of Oplenac Hill overlooking the town of Topola in central Serbia.  Afterwards, the burial itself took place in the church yard. 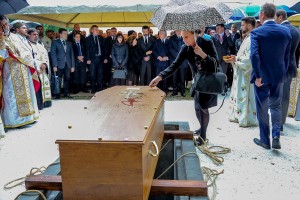 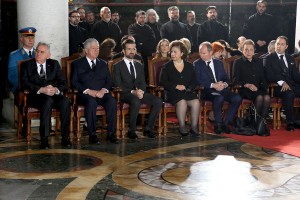 Crown Prince Alexander of Serbia, who ordered the removal of all state flags at the Royal Palace and the White Palace in honour of his cousin’s funeral, was accompanied by his wife, Crown Prince Katherine and their son Hereditary Prince Peter, who was Prince Alexander Karadjordjevic’s Godson .

They were joined by the President of the Republic of Serbia, His Excellency, Mr Tomislav Nikolic and, on behalf of the Government of Serbia, Mr Vladimir Bozovic who represented the country’s Prime Minister.