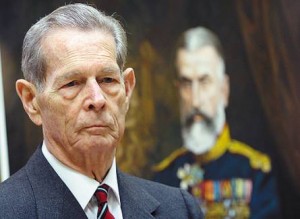 Romanian news website, Romania Insider, reports that His Majesty King Michael I of Romania is amongst a list of 187,000 names of the country’s biggest individual debtors to the State.

According to the report, King Michael has tax liabilities of RON4.1 million (Romanian Leu), which is just over EUR 910,000 or around £697,000. The list, published by the National Fiscal Administration Agency, states that the liabilities relate to overdue payments of tax “as of 16th March 2016”.

However, in an announcement made earlier this week, the King’s press office issued a statement saying that the debt has been contested and a “legal procedure is on-going”.