Lady In Red – Princess Maria of Romania at Awards Ceremony

In between attending celebrations for the 150th Anniversary of the establishment of the Romanian Royal House earlier this week, Princess Maria handed out an award at the UNITER Awards Gala at the Queen Maria Theatre in Oradea. UNITER – the Theatre Union Of Romania – is an association for theatre employees and was created in 1990 following Romanian revolution in 1989.

The Romanian Royal Family have for many years encouraged Romanian drama and in doing so have supported the “Best Romanian Play of the Year” category in these awards. 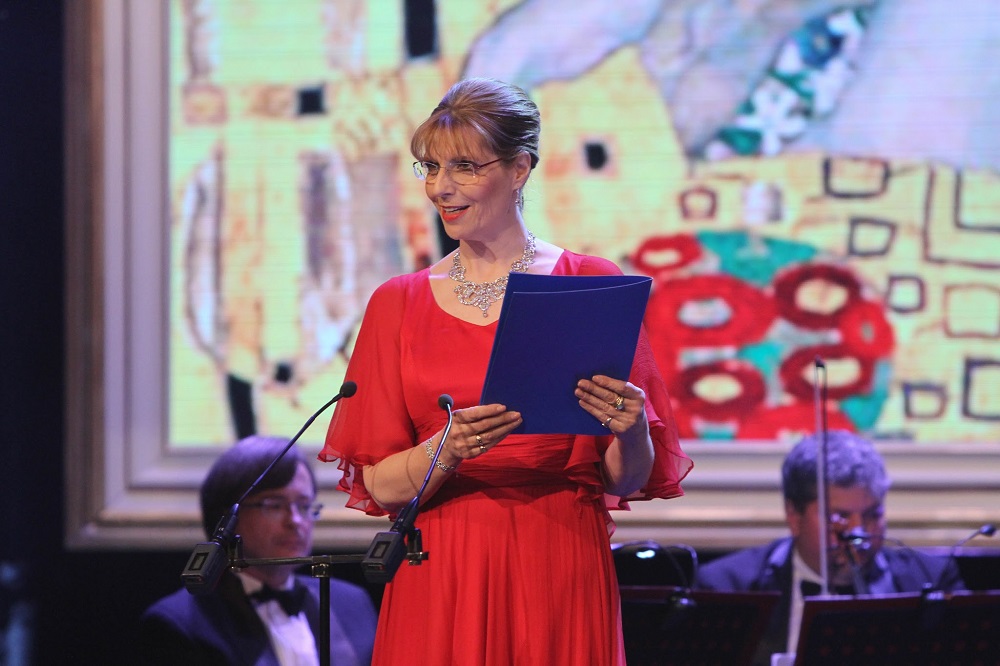