For the final day or events celebrating the 150th Anniversary of the Royal House of Romania, HRH Margarita, Custodian of the Crown issued a special filmed message to the people of Romania from the Elisabeta Palace.  HRH spoke of the “hardest and most blessed years” of Romania’s history when referring to when Prince Carol I swore an oath of faith to the country and later put in place the constitution declaring the country “a single indivisible state”.  She also gave assurance that the Romanian Royal Family would “always be united with the Romanian people” in helping to build a “dignified, stable and prosperous” country. 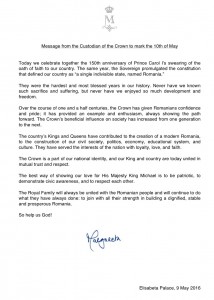 Message from the Custodian of the Crown

Later on, a military ceremony took place at the King Carol I statue in Bucharest followed by a profoundly symbolic event: the hoisting of the Royal Flag at Peles Castle for the first time since 1947, complete with a traditional fly-past salute over the castle. 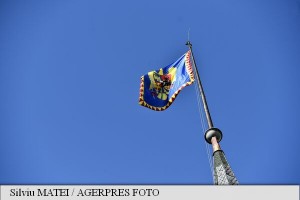 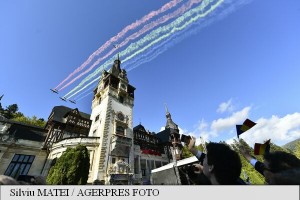 Peles Castle was also the venue for the last of the special programme of events:  A Garden Party attended by around 5,000 people from all over the country and Royal Concert attended by members of the royal family.

For more photos of the final day of celebrations, please go to this link.