Crown Princess Mary of Denmark has spent two days in the West African country of Burkina Faso this week, learning about what is being done to promote women’s sexual and reproductive health. She was meant to make the back in January, but it was postponed due to the terrorist attack which occurred in the country’s capital right before the visit.

On Wednesday, the Crown Princess began with a visit to a local health centre in Korsimoro where she and Danish Foreign Minister Kristian Jensen were told of the centre’s work and saw its consultation and delivery rooms. They also met with some female patients of the centre. Then they stopped at a project known as the ‘spouse school’ which encourages males to learn about the importance of female health.

Following an audience with the President of Burkina Faso, Mr  Roch Kaboré, at the Presidential Palace in Ouagadougou, Mary and Minister Jensen met with a 15-year-old student named Mouniratou, who still goes to school despite having a two-month-old daughter. Mouniratou rides her bike from school to home in her breaks so she can breastfeed her daughter.

On Thursday, a visit to the Schiphra Centre which offers treatment for obstetric fistulas, a preventable birth complication that is more common in third-world countries. The Danish visitors were shown around the centre’s maternity ward where they met with women who had required surgery to fix their fistulas. The Crown Princess later told the media covering the trip the women did not say much about their problems, but she “could see the pain in their eyes” as they recovered from their ordeals. 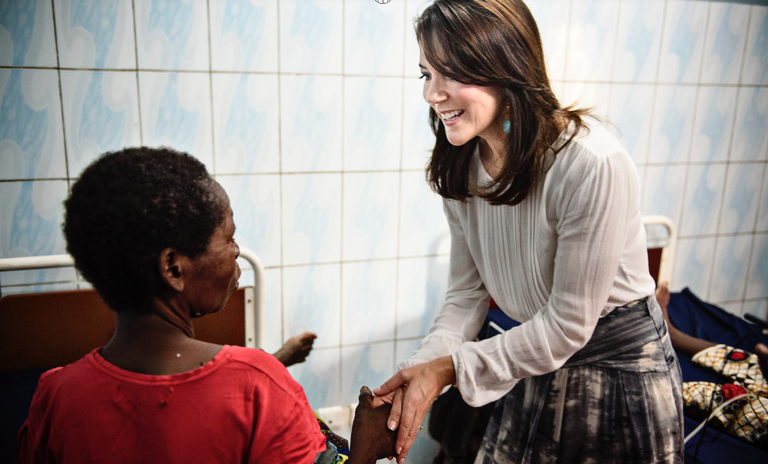 Crown Princess Mary then visited the Delwende Centre, the home to 250 local women who are considered to be witches by their communities. Mary took part in a number of activities with the women – including local dancing, spinning cotton and sorting vegetables – after she listened to their stories. 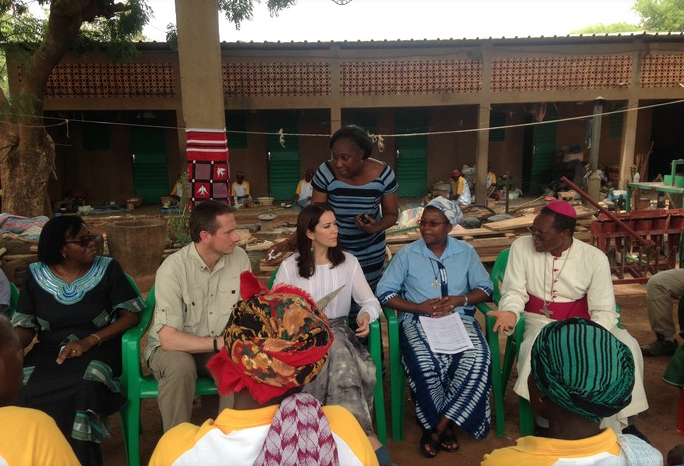 Burkina Faso has received aid from Denmark since 1973, when the two countries entered into a development cooperation program.