The Danish Royal Court has confirmed that Crown Prince Frederik paid a visit to the Danish troops stationed at the Al Asad Air Base in Iraq yesterday, April 27.

Frederik had breakfast with the troops at Camp Havoc before he was briefed about their current mission, which is to train Iraqi soldiers to assist in the fight against ISIS, and developments which have been made. He later went out to the training areas where Danish soldiers are joined by troops from Latvia in training. 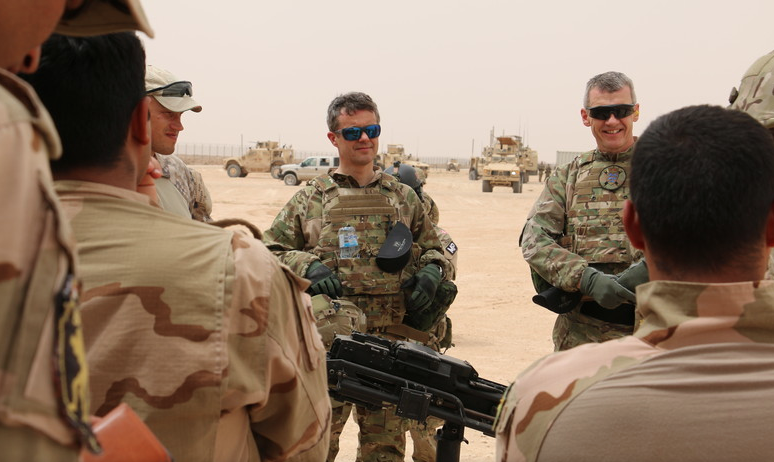 Also during his visit, Crown Prince Frederik visited the Danish-American field hospital on the base and spent much time speaking with soldiers about their work and weaponry. He also paid a visit to the group of Australian soldiers stationed at the base.