From the Royal Genealogy threads – March 2016

Here we go with the updates from our Royal Genealogy Threads, with the news from March 2016.

March has been a busy month for the Royal stork; it started on 2 March, visiting both the Courts of Sweden and Brunei. In Stockholm, Crown Princess Victoria of Sweden gave birth to her second child and first son, Prince Oscar Carl Olof, who has been granted the title of Duke of Skåne by his grandfather, King Carl XVI Gusaf. On the same day, Prince Abdul Malik al-Bolkiah of Brunei and his wife, Dayangku Raabi’atul ‘Adawiyyah Pengiran Haji Bolkiah, welcomed their eldest child, a daughter named Muthee’ah Raayatul Bolqiah; the little Princess is a granddaughter of the Sultan of Brunei. Also on 2 March the Hon. James Tollemache – scion of the Barons Tollemache – and his wife, née Princess Florence of Prussia, became parents of their eldest child, a daughter named Sylvie.

Last but not least, on 16 March Baron and Baroness Nicolas Jannsen welcomed their daugter Sophie; the Baroness is the former Countess Hélène d’Udekem d’Acoz, a younger sister of Queen Mathilde of the Belgians.

Three pregnancies became known in March. Two of them will make Infanta Pilar of Spain grandmother for the tenth and eleventh times: her third son Luis Beltrán Gómez-Acebo y Borbón and his newly-wed wife Andrea Pascual Vicens are expecting their first child together in September (who will be Luis Beltrán’s third child), while the Infanta’s fourth son Fernando Gómez-Acebo y Borbón is expecting in June his first child by his fiancée Nadia Halamandari.

It was also revealed that Countess Josephine of Rosenborg and her partned Kenneth Schmidt are expecting their first child together. Josephine is the eldest daughter of the late Count Christian of Rosenborg (formerly a Prince of Denmark and cousin of Queen Margrethe II) and his late wife Countess Anne Dorte; she has previously been married to Thomas Schmidt, by whom she has two children.

On 8 March the engagement was announced between Amaury L’Olivier and Countess Anne-Sophie d’Oultremont, third daughter of Count Guibert d’Oultremont and of his wife, née Marie Powis de Tenbossche.

On 19 March Prince Alexander von Croÿ tied the knot with his fiancée Katja Schulz; the couple married in Amt Nordsee-Treene, in Nordfriesland, Schleswig-Holstein, Germany. The groom is the son of Prince Philippe von Croÿ and of his wife, née Duchess Margarete of Oldenburg.

One week later, on 23 March, Duchess Ameli of Oldenburg, née Princess zu Löwenstein-Wertheim-Freudenberg, passed away at the aged of 93; she was the widow of Duke Anthon Günther of Oldenburg, who was the Head of the Ducal House from 1970 until his death in 2014. 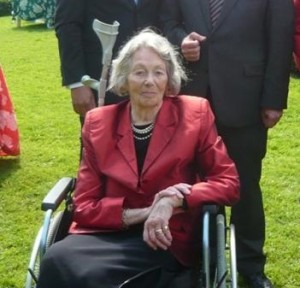 Two more notable deaths were those of Austrian cellist and conductor Count Nikolaus de la Fontaine und d’Harnoncourt-Unverzagt, who passed away aged 86 on 5 March, and of the Dowager Countess of Portland, Countess von Bentinck und Waldeck-Limpurg, née Jenifer Hopkins, who died on 23 March at the aged of 79.

For more information about the Royal Genealogy threads, please visit them in the Royal Milestones forum.