‘Our Queen At Ninety’ Airs on ITV

Last night, the documentary produced to celebrate Queen Elizabeth’s ninetieth birthday – Our Queen At Ninety – was aired on ITV, featuring a number of the Queen’s family members offering their thoughts on various aspects of the Queen’s life and reign.

Included in the documentary – currently available for viewing on YouTube – were the Prince of Wales, the Duchess of Cornwall, the Duke and Duchess of Cambridge, Prince Harry, the Duke of York, Princess Beatrice and Princess Eugenie of York, the Countess of Wessex, Peter Phillips and the Hon. Margaret Rhodes.

We’ve pulled some of their more interesting comments and descriptions of the Queen below:

“She puts up with all of us – that’s quite an achievement I think,” Prince Charles said with a laugh, before describing his mother as having a great deal of patience and fortitude (and as rarely loosing her temper). 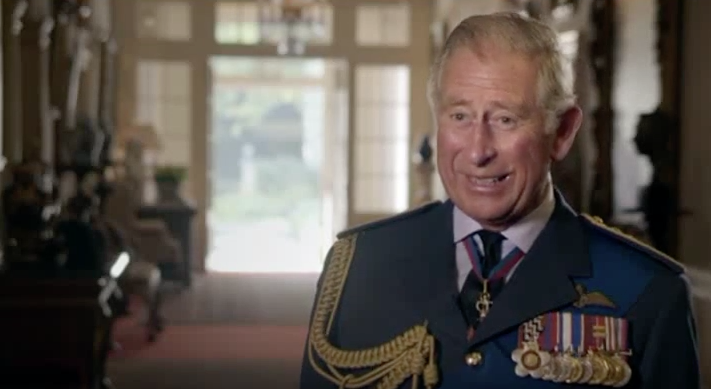 Prince Charles, ‘Our Queen at Ninety’

The Duke of York on how his mother always, unfailingly, knows what is going on with everyone around her: “Her intelligence network of who’s done what, what’s happened, who’s ill, who’s died, who’s had a birth, is extraordinary…and how she finds out, it’s a mystery.”

Margaret Rhodes, the Queen’s first cousin, said a young Elizabeth was “a slightly serious little girl, as opposed to her younger sister who was always a very naughty little girl.”

First Minister of Scotland Nicola Sturgeon described the Queen as having “an exemplary sense of public duty”, while David Beckham said that he was “thankful we have got one of the best leaders around.”

“I have no idea how the Queen has managed to do it…to manage all these elements of her life,” the Duchess of Cambridge remarked when asked about how the Queen juggled being monarch and her young growing family. 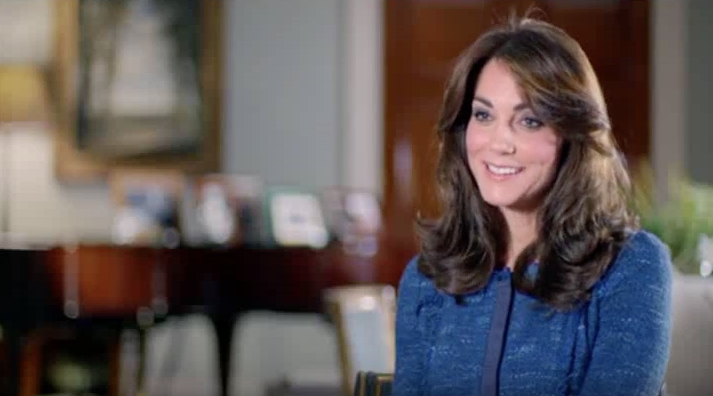 The Duchess of Cambridge, ‘Our Queen at Ninety’

The Duchess of Cornwall on the Queen and her horses: “You couldn’t find a better expert…Horses respond to her, they love her. It’s a two-way relationship – they both love each other.”

On Balmoral Castle: “Granny is the most happy there,” according to Princess Eugenie, while the Countess of Wessex says it gives the Queen a “sense of freedom”. Princess Beatrice said that she feels Balmoral is a place where the Queen can “take a little bit of a step back, catch your breath, because her schedule is incredibly busy…It must be quite nice to have a few days off. If the Queen ever has a day off, which I’m not sure.”

On Queen Elizabeth’s global travels: “I did once actually in one audience discover a country that I had been to that she hadn’t been to! That was for me a sort of great and exciting moment,” said Prime Minster David Cameron, which really is quite a feat considering the Queen has visited 116 countries.

On people meeting the Queen for the first time: “You get told you get to meet her, and it’s like {shuddering} cold drips of sweat coming down [your forehead],” Prince Harry said, while Prince William confirmed he has seen people faint in front of the Queen. 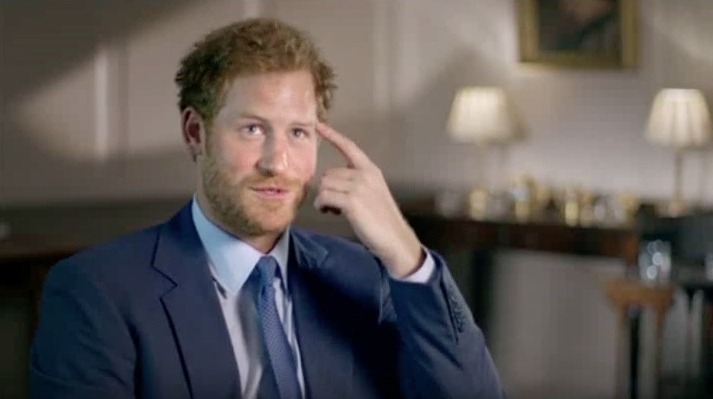 Prince Harry describing how it feels to meet the Queen, ‘Our Queen at Ninety’

The Duchess of Cambridge recalling her first ‘away day’ with the Queen: “The most memorable day for me was during a visit to Leicester. I went without William so I was a little apprehensive, but that day, the Queen took time to make sure I was happy and looked after on that occasion. Again, that shows just how caring she is really.”

And while the documentary was focused on his wife, no documentary could be complete without acknowledging the constant figure of support by her side, “my fabulous grandfather” as described by Princess Beatrice, the Duke of Edinburgh. The Duke is considered “the rock for all of us” according to Princess Eugenie. 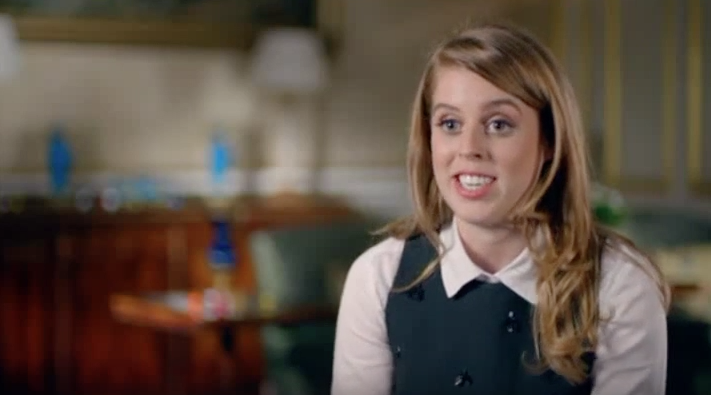 Princess Beatrice, ‘Our Queen at Ninety’

The Duke of York praised his father’s handiwork with a grill: “If there was a Michelin star for things cooked on the grill in the field, the Duke of Edinburgh would have at least one if not three…He can do things on the grill that most chefs would go ‘you’ve done what?'”

But the one comment that this viewer felt really described the Queen best came from the American Ambassador to the United Kingdom, Matthew Barzun: “Not only is the Queen the constant for this country, but the rest of us.” Because while most countries have had multiple heads of state over the past six decades, Queen Elizabeth has – for millions – always been there.

3 Responses to ‘Our Queen At Ninety’ Airs on ITV