As previously reported, Crown Princess Margarita of Romania returned to Romania in order to cary out her duties as Custodian of the Crown, following the announcement that her father, King Mihai had transferred his duties to her following his recent health problems.

During the last few days, the princess has met both the President of Romania and the Romanian Prime Minister. 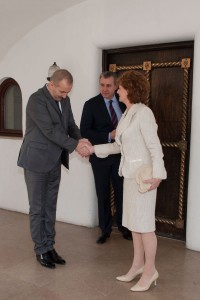 The purpose of both meetings was to discuss, amongst other things, the royal family’s public activities in Romania and abroad. 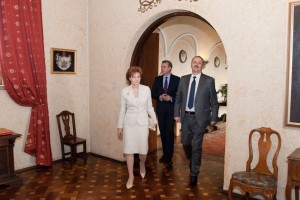 It was on 14th March that Princess Margarita and her husband, Prince Radu, met the Prime Minister, Mr Vasile Dancu, with a warm and cordial handshake in the elegant surroundings of the Elisabeth Palace in Bucharest.  The palace is the official home of the former royal head of state and is where many of the royal family’s official activities take place.

Today, Her Royal Highness visited the Cotroceni Palace to meet President Klaus Werner Johannis who smiled broadly as he greeted his special guest. 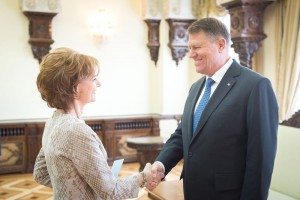 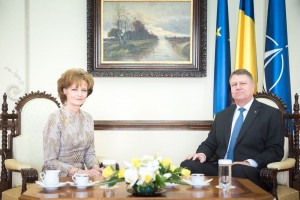 One Response to Special Meetings In Romania