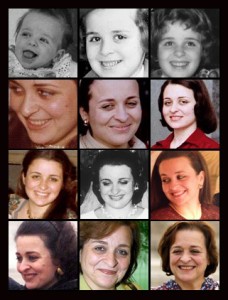 Only months after her birth, her parents divorced and Queen Dina was not allowed to see her daughter for six years. Princess Alia received her primary education in Amman and later continued studying in the United Kingdom where she obtained A levels in Arabic, English and French from Millfield School. In 1977 Princess Alia obtained a Bachelor’s degree in English Literature from the University of Jordan

In the same year she married Mr Nasser Wasfi Mirza, with whom she had one son, Prince Hussein (b.1981). In 1988 they divorced, and Princess Alia remarried to Mohammed Al Saleh. Alia and Mohammed have two sons: Talal (b.1989) and Hamid (b.1992).

Princess Alia is the director of the Royal Stables of Jordan and the president of the Royal Jordanian Equestrian Federation. She has also founded the Princess Alia Foundation, a NGO which works to promote compassion and respect for all creation in a holistic and sustainable way.