On This Day: Birth of the Future George II of Greece

Today marks the 125th anniversary of the birth of the future King of the Hellenes, George II, in 1890.

His birth took place on July 19 at Tatoi, the Royal Family’s palace just outside Athens, the first of six children born to the-then Crown Prince Constantine of Greece (future Constantine I) and his wife, Sophie of Prussia. Prince George’s grandparents were George I of Greece (born Prince Wilhelm of Denmark) and Olga Constantinova of Russia, and Friedrich III of Prussia and Victoria, Princess Royal. He was christened into the Greek Orthodox faith on August 18.

Prince George was educated mainly in the military, attending the Evelpidon Military Academy and then the German Military Academy, where he trained with the Prussian Guards, during his adolescence. This military training was put into practical use when George fought in the Balkan Wars of 1912-1913 alongside his father and younger brother, Alexander. 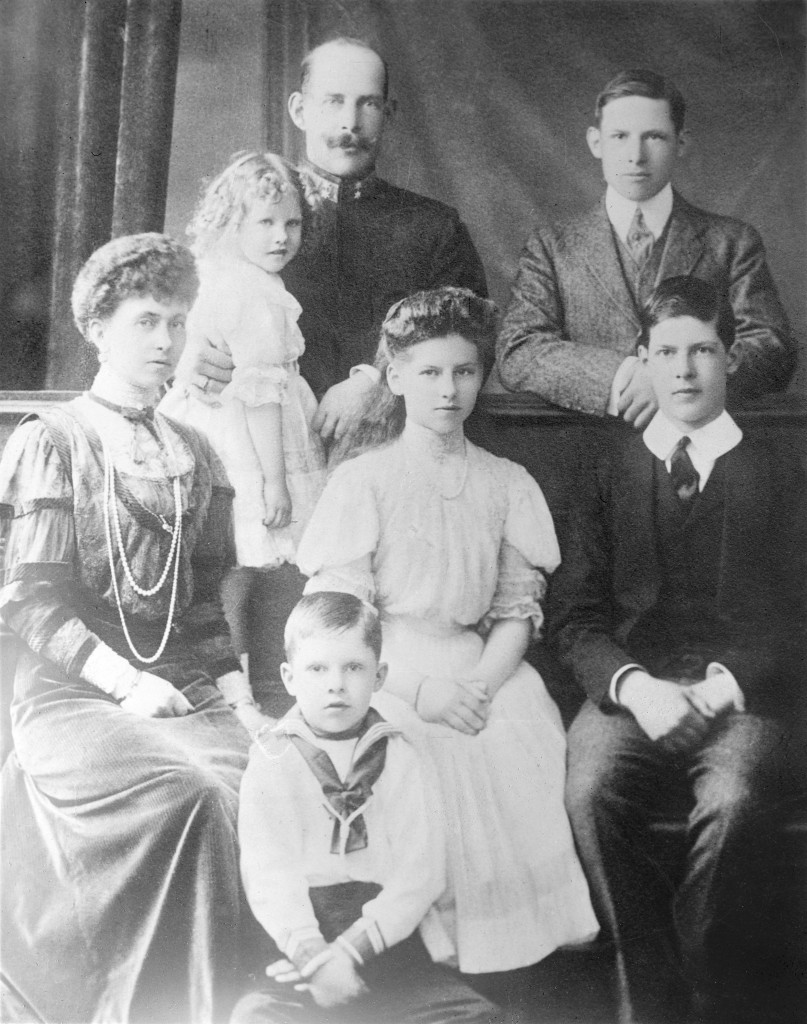 The outbreak of World War One in 1914 and the subsequent disagreements between his father, who had become King the previous year, and the Greek Prime Minister Eleftherios Venizelos over whether or not Greece should enter the War on the side of the Allies and all its consequences led to George entering his first of three periods of exile. The Royal Family were forced to leave the country in June 1917, and King Constantine was made to give up his crown. As Crown Prince, George would have naturally been his successor, but the Allied powers would not allow it because of his perceived pro-German leanings – Prince Alexander instead became King and was the only royal permitted to stay in Greece.

George and the Royal Family spent their exile in Switzerland, before returning to Greece in December 1920 after the sudden death of King Alexander and a plebiscite which voted to return King Constantine to the throne.

Three months after their return, Crown Prince George married Princess Elisabeth of Romania, his second cousin and eldest daughter of King Ferdinand I of Romania. The wedding took place on February 27, 1921 in Bucharest, two weeks before George’s sister Helen married Elisabeth’s brother Carol. The couple’s marriage was not a happy one, and after living apart for several years, George and Elisabeth divorced in July 1935, having produced no children (Elisabeth is believed to have had a miscarriage sometime in 1923).

Crown Prince George was again called to fight in a Greek war between 1921 and 1922, in the ongoing Greco-Turkish War. He served as Major General of the 1st Greek Infantry but the campaign was unsuccessful as the Turkish forces were too strong for the over-stretched Greeks in the final stages of the war. King Constantine was forced to abdicate on September 27, 1922 and George took the throne (for his first reign).

Greece being Greece, King George’s reign was never going to be a smooth one and it was troubled almost straight from the beginning. The Greek Government was looking for someone to blame for the Turkish defeat, and had called elections that appeared to likely remove the monarchy. A pro-monarchist faction of the military attempted to take control through a coup in late October 1923, but failed dismally. King George, though he had no part in the attempt, left Greece for Romania with his wife on December 19. Greece became a Republic in March 1924, and George would not step foot in his country for over a decade.

During his second exile, King George split his time between Romania, London and Florence, where his widowed mother Queen Sophie lived. As the years went on, he began spending more and more of the year in England, where he eventually settled in 1932, living the life of an English gentlemen at Brown’s Hotel (it was during his second exile that George met his mistress, Mrs Joyce Brittain-Jones, while on a visit to India. The pair remained in a relationship for almost fifteen years). A plebiscite in November 1935 – after years of coups and countercoups – resulted in 98% of the Greek population voting to return King George to the throne (although there are suggestions that this result was rigged through intimidation).

Returning to Greece on November 25 for his second, though not any less turbulent, reign, King George would install General Ioannis Metaxas as Prime Minister in April 1936, who was quick to establish a military dictatorship under the guise of stemming communist advances. The King was not opposed to Metaxas’ policies, which impacted his popularity both at the time and in the years to come.

When Italian forces invaded Greece in October of 1940, the Greek army fended them off until German forces came in April 1941. King George, who remained in Athens for the duration leading meetings at the War Council, was advised to leave the country for the safety of himself and his extended family. The King, Royal Family and members of the Government were evacuated to Egypt, before a brief period in South Africa. The King – unsurprisingly – spent the majority of his third exile in England, where he worked to garner support from the Allies for his nation, which was now one of many under German occupation.

In June 1942, King George travelled to the United States where he met with President Franklin Roosevelt (see video) and addressed the United State Congress regarding the war effort. He pledged that Greece would do all it could to fight “until barbaric violence is put down and a new world is established – a world for free men, not for slaves.” World War Two came to an end two years later, but George was not able to return home – civil war had broken out and many were not supportive of returning the King to his throne. Elections (as par for the course) were held in March 1946 and monarchist parties won a resounding 231 seats out of the available 354 in the Greek parliament, and a referendum several months later was in favour of King George’s return.

Arriving back in Greece in late September 1946, the King would only have half a year left of his life – George II died in the afternoon of April 1, 1947. He was found by Colonel Pallis and his youngest sister Katherine unconscious in his drawing room at the Royal Palace in Athens, and when his unexpected death was announced, many thought it was an April Fool’s joke. In what can only be described as a statement that profoundly depicts the turbulence of George’s 56 years, Greek newspaper Kathimerini wrote the day after his death, “Last night was surely the first through which King George slept peacefully.” The King, succeeded by his youngest brother Paul, was buried at the Royal Cemetery at Tatoi on April 6.

Throughout his life, George was described by those around him as having a strict and serious personality, with a high sense of duty to his country. He did however have a sense of humour, and often joked about his financial circumstances during his frequent exiles (on one occasion, when a footman announced “The King of Greece’s taxi” upon his departure from a dinner, the protests of his hostess were met with the quip, “Oh no, the King of Greece’s taxi. I cannot possibly afford a car of my own.”) These characteristics – serious but able to see a lighter side – no doubt helped him navigate through the instability that came with being a member of the Greek Royal Family.

2 Responses to On This Day: Birth of the Future George II of Greece