Queen Margrethe II of Denmark invited her extended family for Christmas in Denmark this year, for the first large Christmas gathering since 2006.

Forty-plus members of the Danish, Greek and Berleburg royal families spent several days at Fredensborg Palace. The only ones missing were from the Berleburg side: Prince Richard, Prince Gustav and his partner Carina Axelsson, and Princess Nathalie and her husband Alexander Johannsmann.

It has not been confirmed that the two Princes did not attend the gathering, but they were not in the group photo released by the Danish Royal Court. Princess Nathalie was not expected to make the trip due to her advanced pregnancy. 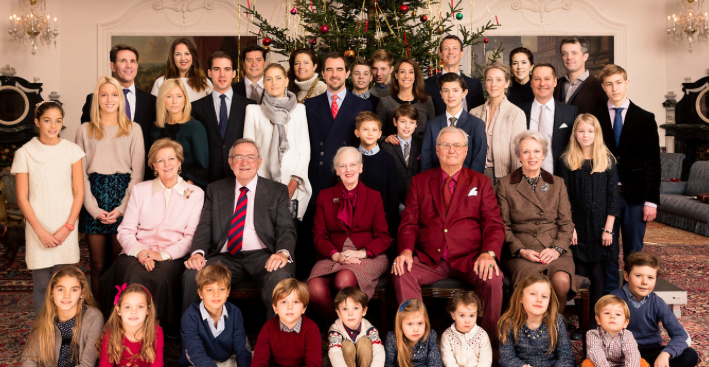 The guests began arriving earlier this week, with everyone arriving in time for Christmas Eve for the main celebrations. They attended a church service at the Fredensborg Palace Chapel, before a formal dinner.

Princess Theodora of Greece posted a photo on Instagram of her brother, Prince Philippos, helping to decorate the Christmas tree that takes pride of place in the Dome Hall; while the children of Crown Prince Pavlos shared several photos, including one of the family dinner.

On Christmas Day, the family had lunch at the home of Crown Prince Frederik and Crown Princess Mary, before some departed for further holiday plans.