On October 11th, Prince Faisal bin Al Hussein of Jordan celebrated his 50th birthday. The Prince is the son of the late King Hussein I and his second wife, Princess Muna. 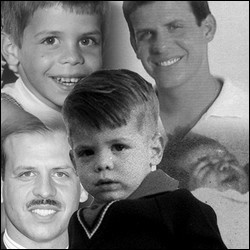 Collage made by Salma

His Highness was born on October 11th, 1963 in Amman. He has one brother, King Abdullah II, and two sisters, Princesses Aisha and Zain, and five half-sisters and three half-brothers.

Prince Faisal began his education in 1965 at the Islamic College in Amman, Jordan. In 1970 he was sent to the UK where he attended St Edmund’s School. One year later the Prince and his brother began their studies in the United States. He attended two years at Bement School in Deerfield Massachusetts before joining his brother at Eaglebrook School. In 1978, Prince Faisal commenced his high school education at St. Albans School in Washington, D.C. which he graduated from in 1981. His university education was at Brown University from where he graduated in 1985 with a BSc degree in electrical engineering.

In August 1987 he got married with Princess Alia Tabba with whom has four children: Princess Ayah (b.1990), Prince Oman (b.1993) and twin Princesses Aisha and Sarab (b.1997). After twenty years of marriage, the couple divorced and the Prince got married again in May 2010 to Sarah Qabbani. Prince Faisal and Princess Sarah announced their divorce in September 2013.