The couple met in early 1905, when both were visiting Egypt. Margaret was on a ‘prospecting’ trip with her parents, the Duke and Duchess of Connaught (Prince Arthur of the United Kingdom, second son of Queen Victoria, and Princess Louise Margaret of Prussia), and her younger sister Patricia. The two princesses were considered great beauties, and were expected to make well-rounded marital matches (potential suitors for the princesses included the Duke of Braganza and the King of Spain).

Gustaf Adolf, eldest son and heir of King Gustaf V of Sweden and Princess Victoria of Baden, and Margaret were reported to have fallen in love immediately, and the Prince proposed marriage just days later during a dinner held at the British Consulate. They were married on June 15th, 1905 at St George’s Chapel, Windsor. The bridal party consisted of Margaret’s sister Patricia, her first cousins, Princesses Victoria Eugenia of Battenberg and Beatrice of Edinburgh, and her second cousin, Princess Mary of Wales. 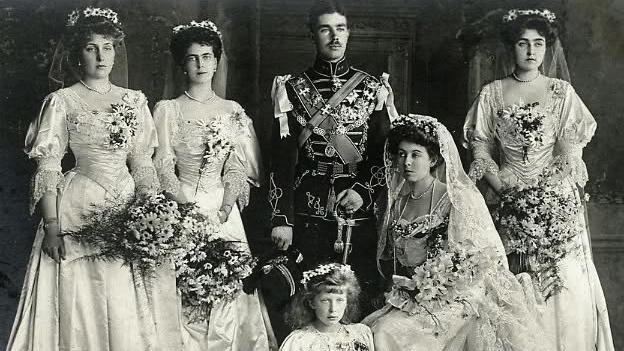 Margaret wore a simple white satin and lace gown with elbow-length sleeves made in Paris, adorned with orange blossoms (a British Royal Family tradition at the time) and myrtle, which matched the floral crown (featuring daisies, as did her bouquet – daisy is the meaning of the name Margaret) she wore to anchor the most known piece of her wedding attire – her Carrickmacross lace veil, a gift from the ladies of Ireland. The lace veil was passed on to Margaret’s only daughter, Ingrid, who wore it when she married the future King of Denmark in 1935. It has since become a tradition for all female descendants of Ingrid (and thereby female-line descendants of Margaret) at their weddings. 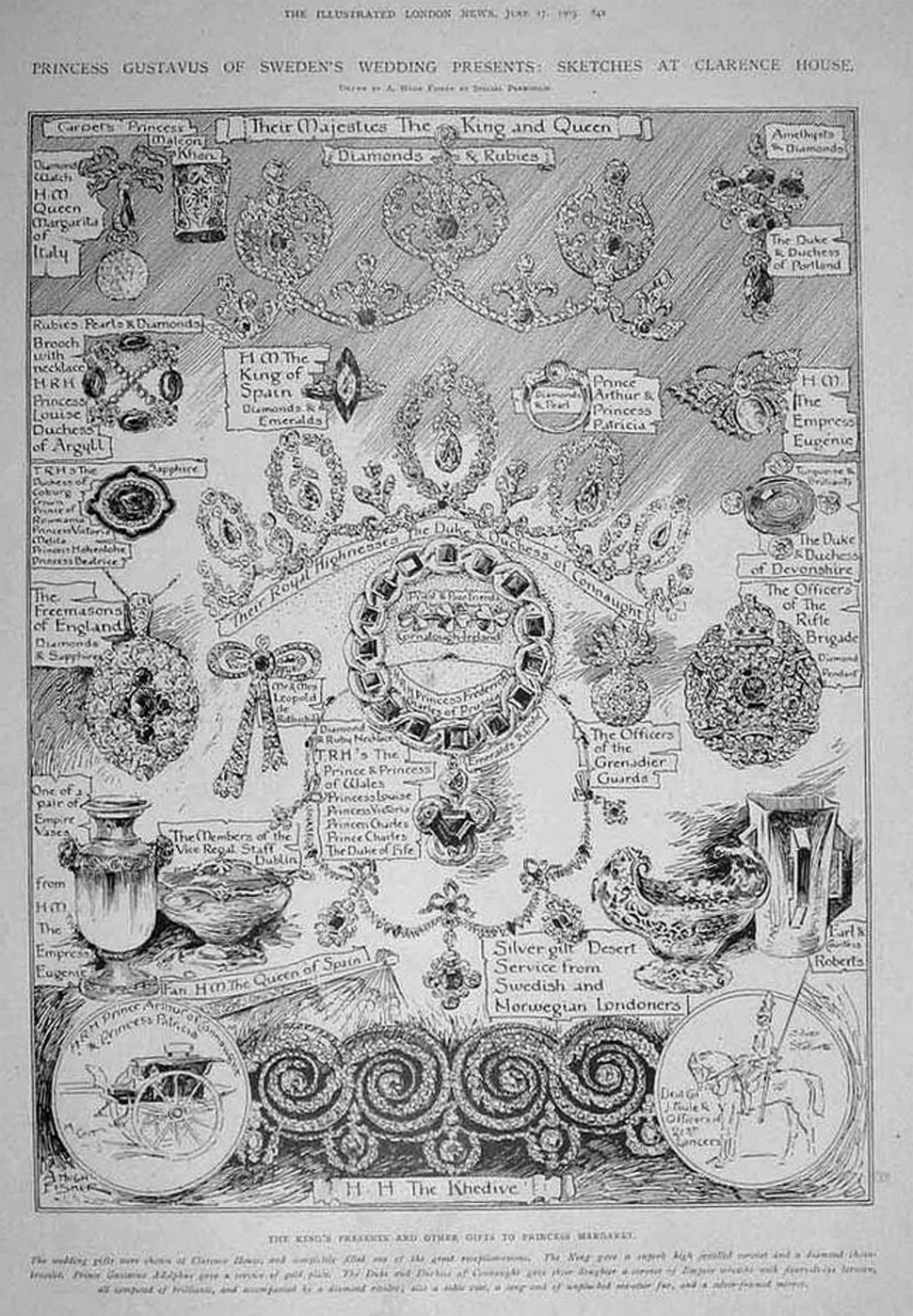 Image in the public domain

Upon her arrival to Sweden in July, Margaret took the name ‘Margareta’ for the remainder of her life and began learning the Swedish language and customs. She brought with her a series of remarkable jewels, given to her as wedding gifts: the Connaught Diamond Tiara, which was a gift from her parents; the Edward VII Ruby Tiara, a gift from her uncle, King Edward VII of the United Kingdom; and the Khedive of Egypt Tiara, a gift from the Khedive of Egypt.

Gustaf Adolf and Margareta were married for just shy of fifteen years before the Crown Princess passed away after an infection set in during a mastoid operation in May 1920. She was eight months pregnant with her sixth child at the time. The couple had five children during their marriage: Prince Gustaf Adolf, Duke of Västerbotten; Count Sigvard Bernadotte af Wisborg; Queen Ingrid of Denmark; Prince Bertil, Duke of Halland; and Count Carl Johan Bernadotte af Wisborg.

Following Margareta’s death, Gustaf Adolf remarried in November 1923, to Lady Louise Mountbatten. He became King of Sweden in October 1950, and reigned until his death in September 1973, fifty-three years after his first wife.