Gratulerer med dagen, Norge! Happy Birthday, Norway. On May 17th people in Norway celebrate their National day. As every year the Norwegian Royals took part in the celebrations. 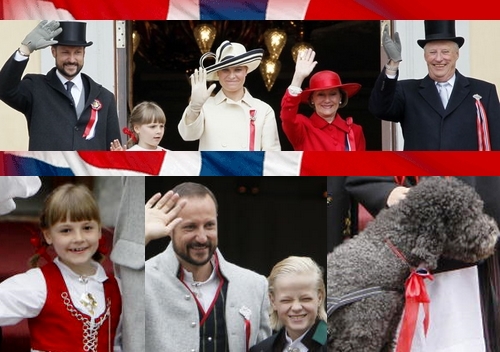 Click at the image to see a gallery at kjendis.no

Later the day the King and Queen will visit Nordstrand to celebrate National day at this district of Oslo. Members of the family visit different districts of Olso every year.

If you are interested in the history of the Norwegian National Day Celebrations you can read an article at the Royal Court’s website here: Celebrating May 17th.

A thread at TRF about this year’s celebrations can be found here.