From the moment she was officially presented to the world as Crown Prince Frederik of Denmark’s fiancee, Mary Donaldson has captured the attention of people everywhere. This middle-class girl from Tasmania has transformed into one of the most elegant royals in the world. Her appearance at their official press conference showed that she was well on her way to becoming a regal princess: 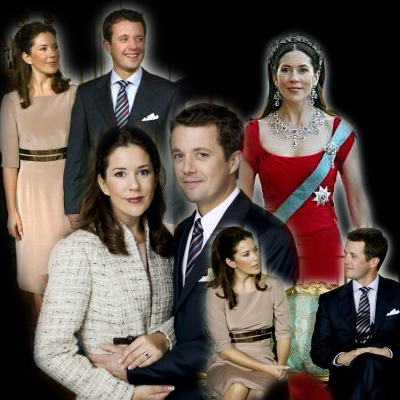 After the conference, Mary continued to shine at a series of events in honor of her engagement. She was especially beautiful in a red gala dress at a concert held just before her wedding on 14 May 2004 (photo).