Ian Vorres’s kind neighbour, a rather charming, little old lady, often invited him in to have a cup of tea. Soon he found out that she was Grand Duchess Olga, the sister of the last Russian Tsar. It was destiny… Vorres, a writer, persuaded her to let him write her biography.

Grand Duchess Olga’s life was so dramatic that it remains interesting even though Vorres’s writing is rather straightforward and prosaic. The interview format doesn’t help. He doesn’t often let his imagination run away with him! However, it doesn’t matter because Olga’s words capture the splendour of the Russian court and the horrors of the Revolution.

Grand Duchess Olga wanted to correct the untruths directed at her family – the Rasputin scandal, accusations of tyranny and criticisms of the Tsarina Alexandra. She does this to a big extent, although her argument that monarchy is a divine right is not very convincing. She explains that Tsar Nicholas was really not brought up to be Tsar – her father’s main mistake.

The Grand Duchess is surprisingly honest, blaming the rest of the Romanovs (not the immediate Royal Family) for their downfall. She thought that their involvement in scandals lessened the people’s respect for them.

She is also very humble and disliked the balls, parties, etc. that she had to attend almost every night at one stage. When she found a new life in Canada she was quite happy gardening, staying at home, and wearing shabby clothes.

This is a very sad book, of course, but well worth reading because it gives a personal insight into the lives of the last Russian royals. 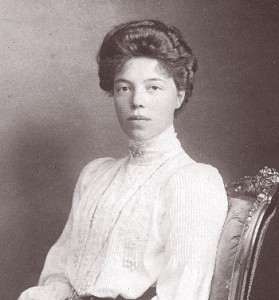